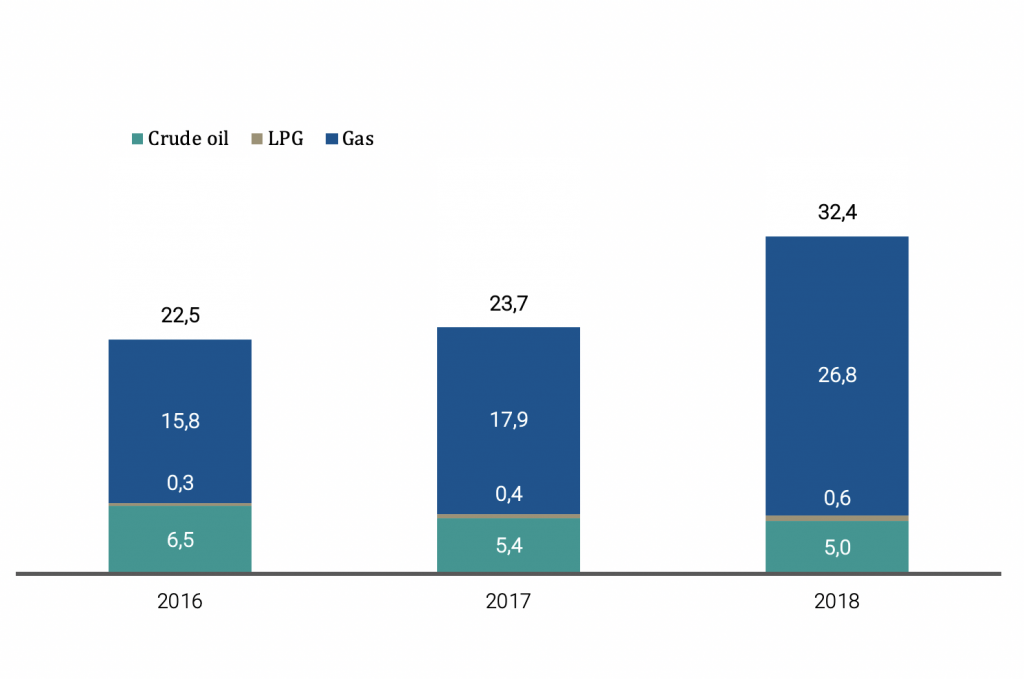 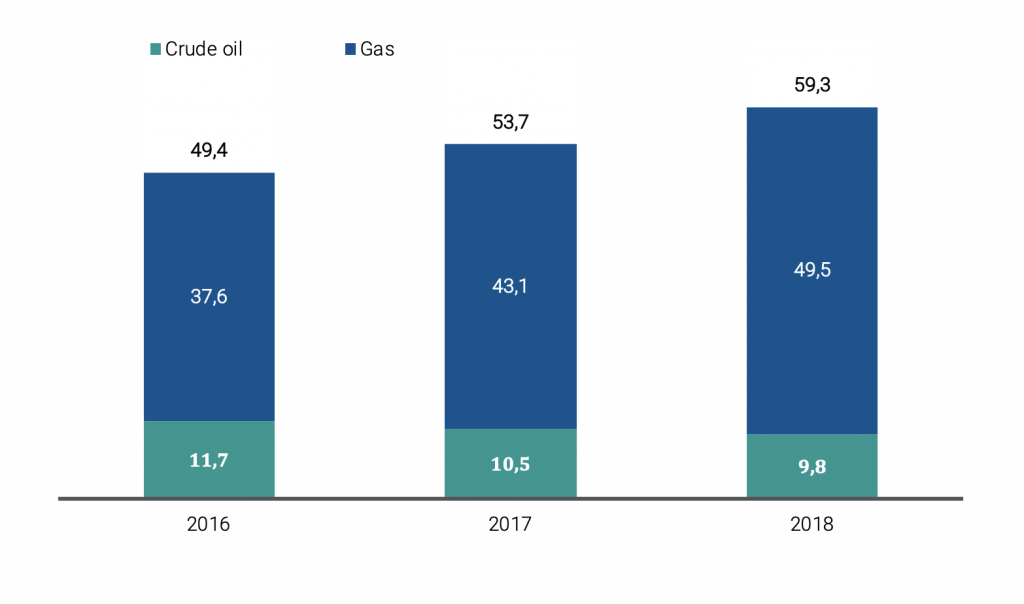 We hold investments in three basins in Argentina, with strong focus in the gas-prone Austral basin.

Conventional natural gas production in the Argentine portion of the basin comes mainly from marine/deltaic and fluvial sandstones from the Early Cretaceous Springhill formation at 2,000/3,000 mbgl. The basin has also a conventional secondary marine reservoir in the TertiaryMagallanes formation at 1,800 mbgl.

The Austral basin has approximately 90,000 km2 of mature source rock area, with exploration potential to be developed in the near future. These source rocks feed both the early Cretaceous Springhill formation as well as the Tertiary Magallanes formation.  The main source rocks in the basin are the Lower Cretaceous, the Lower Inoceramus and the Aptian-Albian Margas Verdes and the Tithonian-Aptian formations, which contain black organic-rich shales.

Our production and development activities in Austral Basin are conducted pursuant to 25 production concessions and 3 exploration permits, representing more than 97% of our total production and our reserves base. 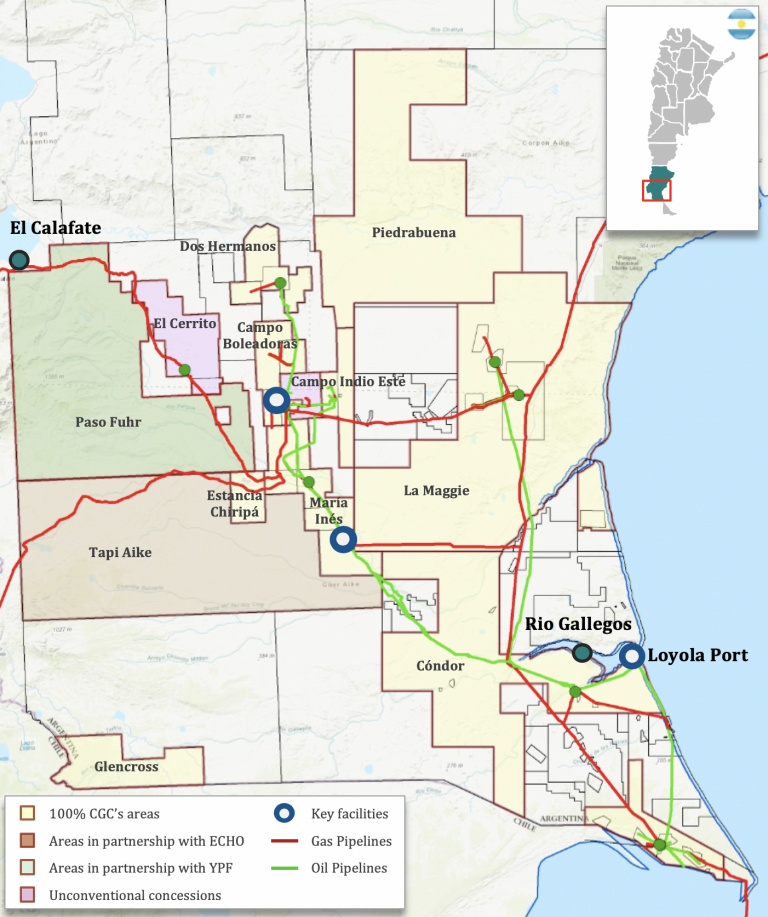 We own interests in the Aguaragüe block in the Northwestern basin for a total of approximately 4,031 km2.  To date, our joint arrangement partners have obtained 3D seismic data for 7% of Aguaragüe. The map below illustrates the geographic location of this block. 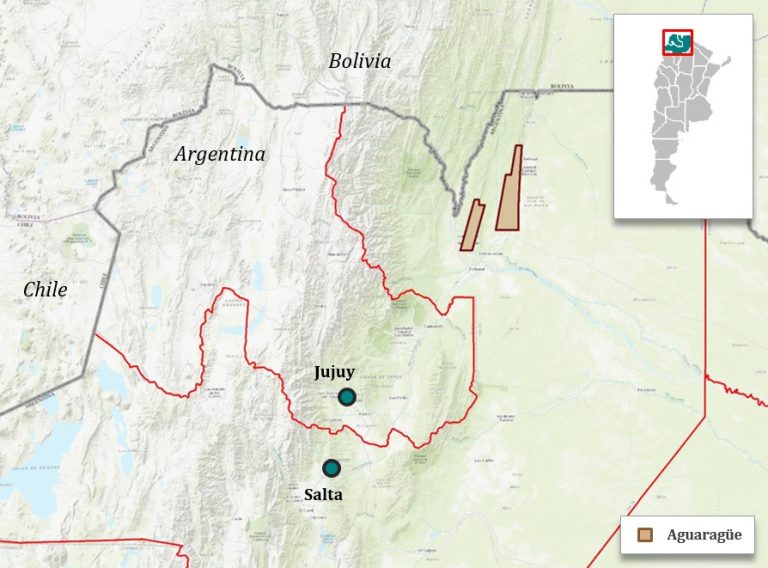 On October 18th, 2019, CGC entered into a farm-out agreement with President Petroleum S.A., a wholly owned subsidiary of President Energy PLC (LSE: PPC). Under the terms of this agreement, CGC transferred 100% of its participation in the Angostura Block (including all assets, liabilities and commitments) from an effective date of November 1st, 2019.

On November 20th, 2019, the province of Rio Negro signed the decree approving the transaction. All rights and responsibilities of the exploration license were transferred to President Energy. CGC has no pending commitments nor responsibilities to fulfill regarding the Angostura Block.

Until October 2019, CGC owned an interest in the Angostura block in the Neuquen basin totaling approximately 694 km2, with 3D seismic data for 100% of the area. The map below illustrates the geographic location of the Angostura block. Infrastructure facilities in the area included oil treatment plants, gathering systems, batteries for collecting fluids at each field, and storage and delivery facilities. 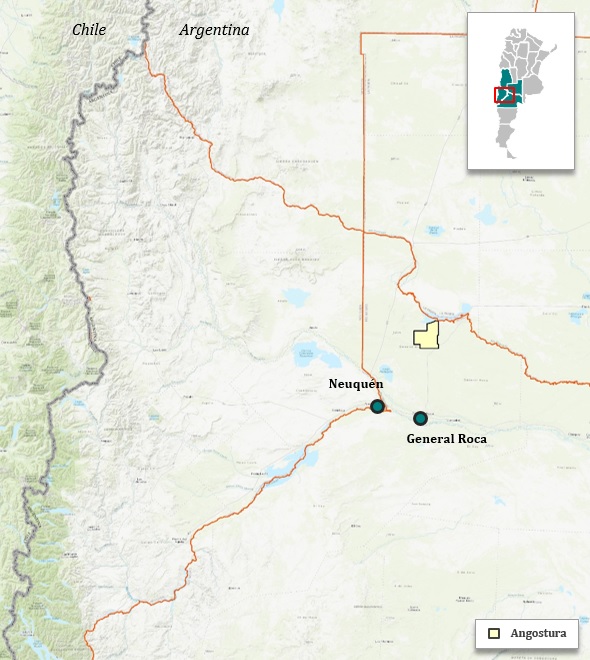 We own several infrastructure facilities in the Austral basin, including oil and natural gas treatment plants, gathering systems, batteries for collecting fluids at each field, more than 1,300 km of interconnection pipelines to transport production to treatment, and storage and delivery facilities located near our Punta Loyola seaport, which allows us to easily access the oil market. Moreover, our installed infrastructure is scattered across many of the oil and gas fields we operate in the Austral basin, allowing us to leverage our existing infrastructure to produce oil and gas in new discoveries, including smaller discoveries, and rapidly capture their economic value.